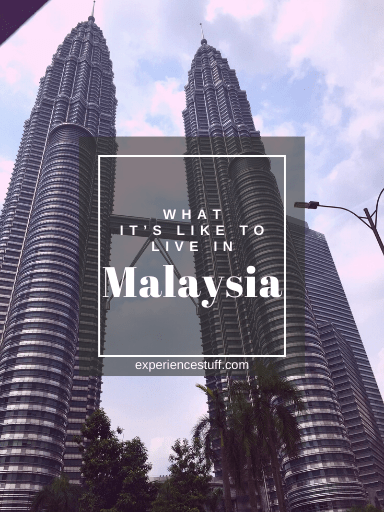 Discover the truth about Malaysia: Inside Tips from a Livability Expert

I spent a year in Penang and Kuala Lumpur. Here’s what I found!

If Malaysia were a movie, it would be a sleeper hit. It isn’t the most popular place for digital nomads or slow travel, but it covers some territory that Thailand misses. The air is cleaner, the capital city is less crowded and you can find better value for housing. Best of all, Malaysia boasts authentic Indian, Chinese and Malayan food. You can also find amazing Italian, French and Middle Eastern cuisine.

The small but robust expat community has a different vibe, because they live there for reasons other than backpacking or things I won’t mention.

Malaysia doesn’t hand anything to you. The best parts require some digging, but they’re well worth it. Weather is a bit wetter on average, but still very nice.

Malaysia has three main ethnicities that create some fantastic opportunities to immerse yourself in different cultures. You can experience Diwali, Chinese New Years celebrations as well as enjoy Ramadan nightly feasts all in the same country. I was first exposed to the beauty of Islam here.

I lived in Malaysia for a total of year in KL and Penang, and visited Sabah on Borneo. Touristy areas outside of the City Centre and Petronas Twin Towers don’t exist, so it’s easy to live authentically.

Malaysia has a fascinating history with influence from India, Southeast Asia, China and the Arab peninsula. It’s located in a strategic area covered by rainforest that connects the east with west, making it an ideal trading post. It was known as the “Golden Peninsula” for many centuries in ancient Indian texts.

Malaysia became inhabited by orang asli (or “original people”) from early as 60,000 until 35,000 years ago (you can still experience their culture in the rainforest), when people from China, Southeast Asia and Arabia intermingled giving rise to the people we call Malayans.

Trade with India led to the adoption of Hinduism and Buddhism, giving rise to many Indianized Kingdoms from 1st century AD. Muslim traders from Arab peninsula brought the religion in 15th century creating different sultanates based on the Arab model (some say that the Malaysian government emulates Saudi Arabia even now).

In 1511, the Portuguese became the first Europeans to establish themselves on the peninsula. The Dutch took over for a while until the British gained control and brought Indian laborers, attracting Chinese immigrants in turn.

Japan invaded during World War II and took advantage of the tin and rubber production, and built a railroad using forced Malayan labor.

Malaysia was left to its own devices after the war when the British Crown gave it independence, eventually uniting with North Borneo, Sarawak, and Singapore.

Singapore was expelled in 1965 making it the only country in modern history to be forced into independence.

Now there are three main political parties run by the three main ethnic groups, the Bumiputra (literally “sons of the soil” which refers to Malayan), Chinese and Indian.

Relations between the groups aren’t always great and there has been some racial violence. Now, they found a somewhat uneasy peace by attending segregated schools.

The country is divided into nine states, each with its own ruler, which are traditionally Muslim Malayan males. Every five years the nine gather to vote for the next “Yang di-Pertuan Agong” among them, who will act as the federal constitutional monarch.

Housing offers a lot of value for what you pay. Most condos are patrolled by sometimes helpful Bangladesh security guards. Nicer places come with pools, playgrounds and gyms. Expect things to remain unfixed for long periods of time, especially elevators and gym equipment.

Condos tend to be somewhat spacious and new. Beware of places built by large mutli-level highways, because the noise will keep you up at night.

Even after 50+ countries, Malaysia’s still one of the best places for diverse and authentic cuisines that are affordable.

Food in Malaysia is divine. I ate 4 meals in the first 5 hours I spent in KL. I even wandered into a Sunday after worship buffet at the largest Mosque and had an amazing experience (people were a bit surprised at first, but were very welcoming). Iftar (Ramadan after sundown buffet) was incredible and still ranks among my favorites.

The three main ethnic groups bring authentic versions of their cuisines. I had the best Indian food (authentic with all the spices but clean), Chinese Sichuan and of course, Malayan in my life, all in one country. The small but resilient European community cook amazing Italian and French food if you know where to look (the best I’ve had in Asia). Middle Eastern cuisine is on point thanks to the large influx of tourists and expats from the region.

Even though the major religion is Islam, you can find all kinds of craft beer, Whisky and cocktail bars. At the same time, it’s a great place to reduce your alcohol consumption. There are places that don’t serve pork or alcohol, but the food is so good that you won’t miss them. Also, if you buy pork or alcohol at a grocery store, you’re expected to scan the items for the clerk, so they don’t have to touch them.

Like in Thailand, the overall vibe of the country is relaxed. Malayan people are curious of foreigners and welcoming. Indians are a fun chat. Chinese get things done. The three of them in combination make Malaysia work.

Humor is a very important part of life in Malaysia and you will laugh often. Expect to be called “bro”, “babe”, “boss”, “uncle” and “auntie” depending on your age and gender.

People are very family-oriented on average. Children are adored and allowed to be active.

Overall, I felt comfortable in most parts of KL.

The country isn’t that touristy, (5th highest number of tourists in Asia). You can enjoy the tourist areas and settle into a nice daily routine among the locals.

Islam is slowly becoming a bigger part of the government, but moderates and the other ethnicities keep things in check. Like with most countries, things are more conservative outside the big cities.

People were open-minded about me as long as I respected their beliefs and customs.

Prices are quite reasonable with a lot of value for what you pay. I spent the least on living costs out of all the countries I stayed in and still had a very nice standard of living.

Decent housing can be found for $400 – $800 USD a month. You can have amazing authentic local meals for under $4 USD.

KL is full of high-rise buildings, condos and all types of religious structures.

The country is covered by dense rainforest.

You can also see some very cool colonial buildings, especially in Georgetown, Penang.

Malaysia can get loud. Children are adored in the country in general and allowed to be active and lively. You’ll hear a lot of scooters with blaring exhausts and intense noise from some religious buildings. Noise regulations are unheard of (I’ve called the police to find out).

There’s not much of a local music scene although the whole hipster gentrification thing was happening in 2017 around the Bangsar area in KL.

Cafes are usually boisterous, especially Starbucks. Malls can be deafening with the sound of children playing. Also, never go to a matinee in a popular area, because you won’t hear the movie. I learned to watch them in the morning.

There’s all kinds of food and aromas to enjoy. You will smell everything from grilled Satay to Sichuan peppercorns and Durian. There is a slight musty metalic odor throughout KL mostly from construction.

Malaysia observes many public holidays thanks the cultures and customs of the its three main ethnicities. You can check out Diwali, Thaipusam, Eid, Chinese New Year and Christmas.

Go to a cooking class. Malaysian cuisine is often overlooked, but is solid.

Go to one of the many local malls and people watch. They have many tiers from luxury to budget. You can also find anything you want for a decent price.

Check out one of the islands. Penang is great for history buffs and Sabah is a natural paradise.

Visit the bird park in KL and have coffee with a Rhinoceros Hornbill.

Batu Caves is a special place where you can hike up into a Hindu Temple in a cave surrounded by monkeys and birds. Don’t miss the dark cave experience to the left to experience complete silence and darkness.

Make sure to grab some Teh Tarik or White Coffee from one of the many street vendors. They’re also fun to watch being made.

There’s a national art museum is hidden gem with some very unique pieces with local flair.

Sunset in Kota Kinabalu is unmissable.

Things can be tough to find but most people speak English.

Lots of value for what you pay in terms of housing and food. It’s pretty good for expat families, since the country caters a lot to children.

Not as exciting and exotic as Thailand, but you’ll find a lot of good things to eat.

Malaysia is a solid choice to live in or visit.

Let us know your Malaysia tips below! 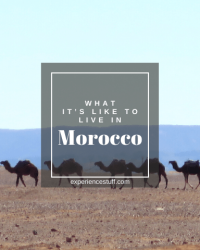 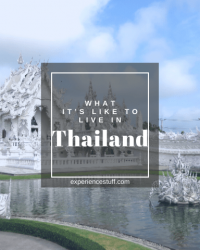 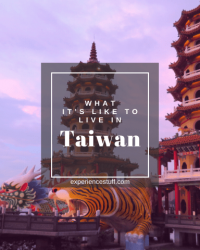